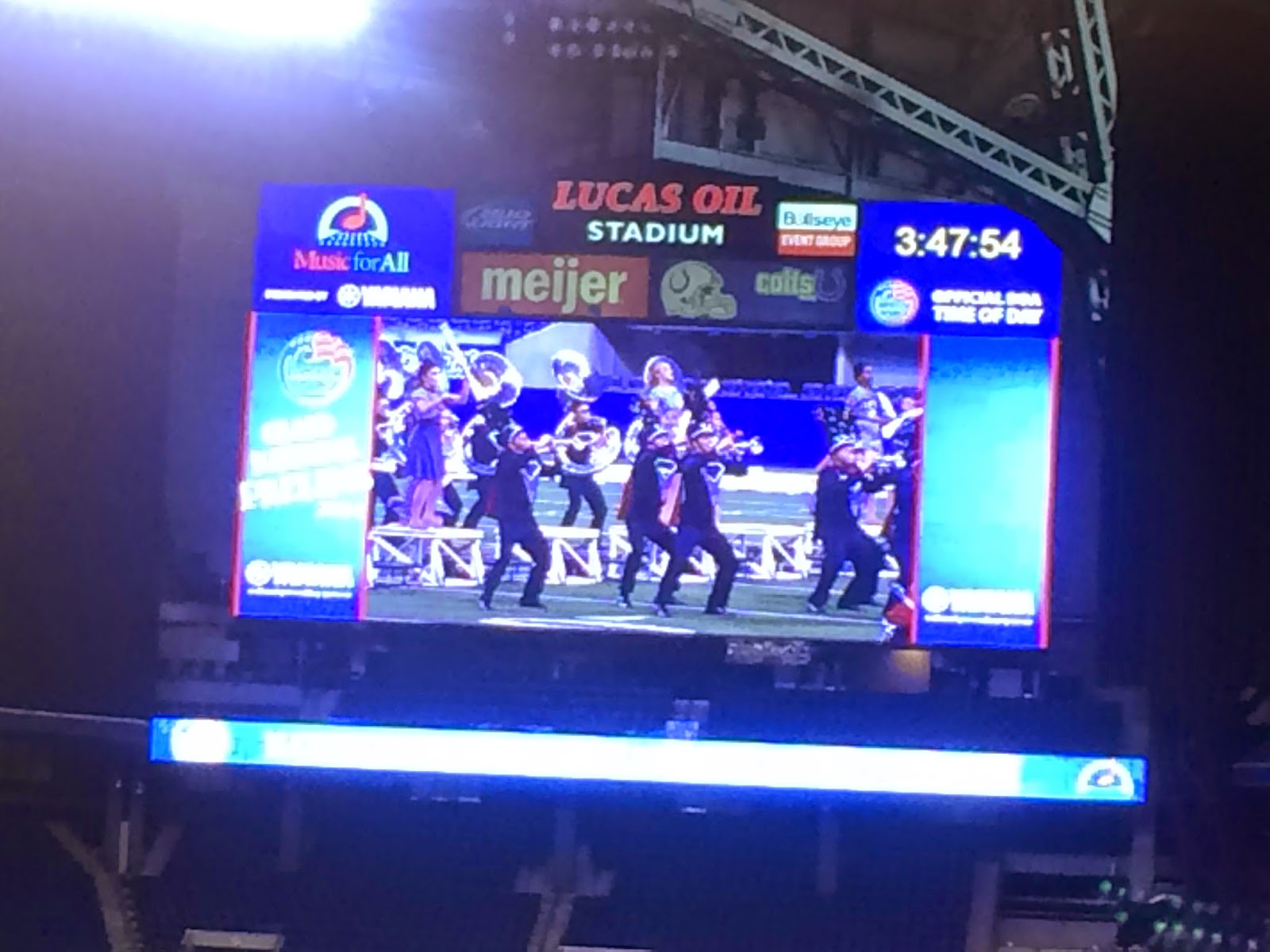 I had the privilege of watching over 40 + marching bands that performed at the BOA Championship over the November weekend in Lucas Oil Stadium, and it was just AMAZING!  For those who doesn't know what BOA is, it stand for Bands of America.  This event brings the best high school marching band field show from all over America to perform in one stadium, and at the end of the 3 day event it comes down to one finalist.

I have never been in a band before, and never attended extra summer camps to sharpen my skill in marching, but at the end of this performance I was jealous of these performers and actually wanted to go back in time and do all those.  I remember sitting there in the stadium among supporters of varies marching band, it's amazing watching a mothers, fathers, and siblings devotion to their performer.  I sat right next to a father of a performer from Lawrence Township High School, who after a whole day of work came right away to support their child, and he said if their group is selected among the semifinalist they will have to wake up early on Sunday and do it all over again.  He said these kids will be lucky if they get 5 hours of sleep each night during the time they are at BOA, then he went on to describe to me (a novice in marching) all the work that went in to build their "The Green Table" theme and all the areas the judges are looking for in the competition.  He was very knowledgeable and very interested in sharing all this information, and while he is talking to me you could see the joy in his tired eyes and the proud in his voice for his kids achievements....and yes they did enter into the semi finalist and 12 place in the finalist competition.  And I bet it's joy like that that makes been a parent so rewarding, to see your kids making amazing achievements and have goals to get to that point. 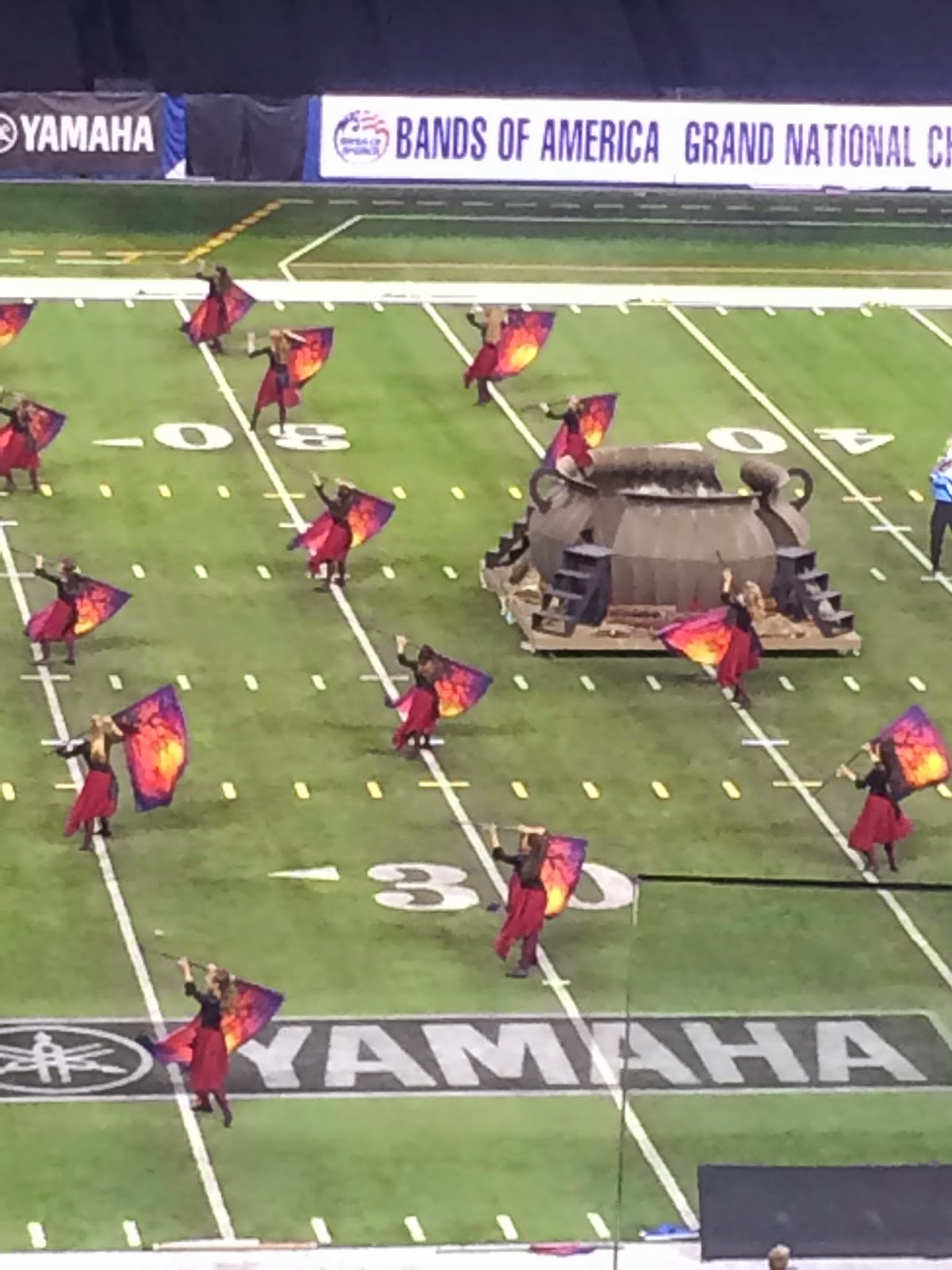 Several times through out the competition I felt like I was at a football or baseball game, with group cheers created by the parents that echo across to the performer during their entrance to the stadium, or collaborated shirt design worn by all the supporting parents, or flags and objects to wave and show their school support.  I saw a lady wore this beautiful jacket full of rhinestones that said "Mother of ..........Marching Band", she said she and a group of other performing mothers one day just decided to make a jacket.  And another group that created a light up torch with Christmas lights to support their child, now they are sitting in the nose bleed section so I'm not sure if their child could see it from the stadium, but the heart and effort these parents devoted to their kids were beautiful to see.

If you ever have a chance to stop by Indianapolis during the time of BOA Championship, I would encourage you to see it at least once in your life time.  Even if you are like this lady who lived locally in Indianapolis; I meet an older couple in the nose bleed section, and after talking about our instinct to want to jump at that height (it was a joke since we don't want to) she asked me which team I was rooting for, and at which she said "I'm neutral since I don't have any team I'm rooting for".

My take on all this, when I have kids, I'm signing them up for marching band!!! 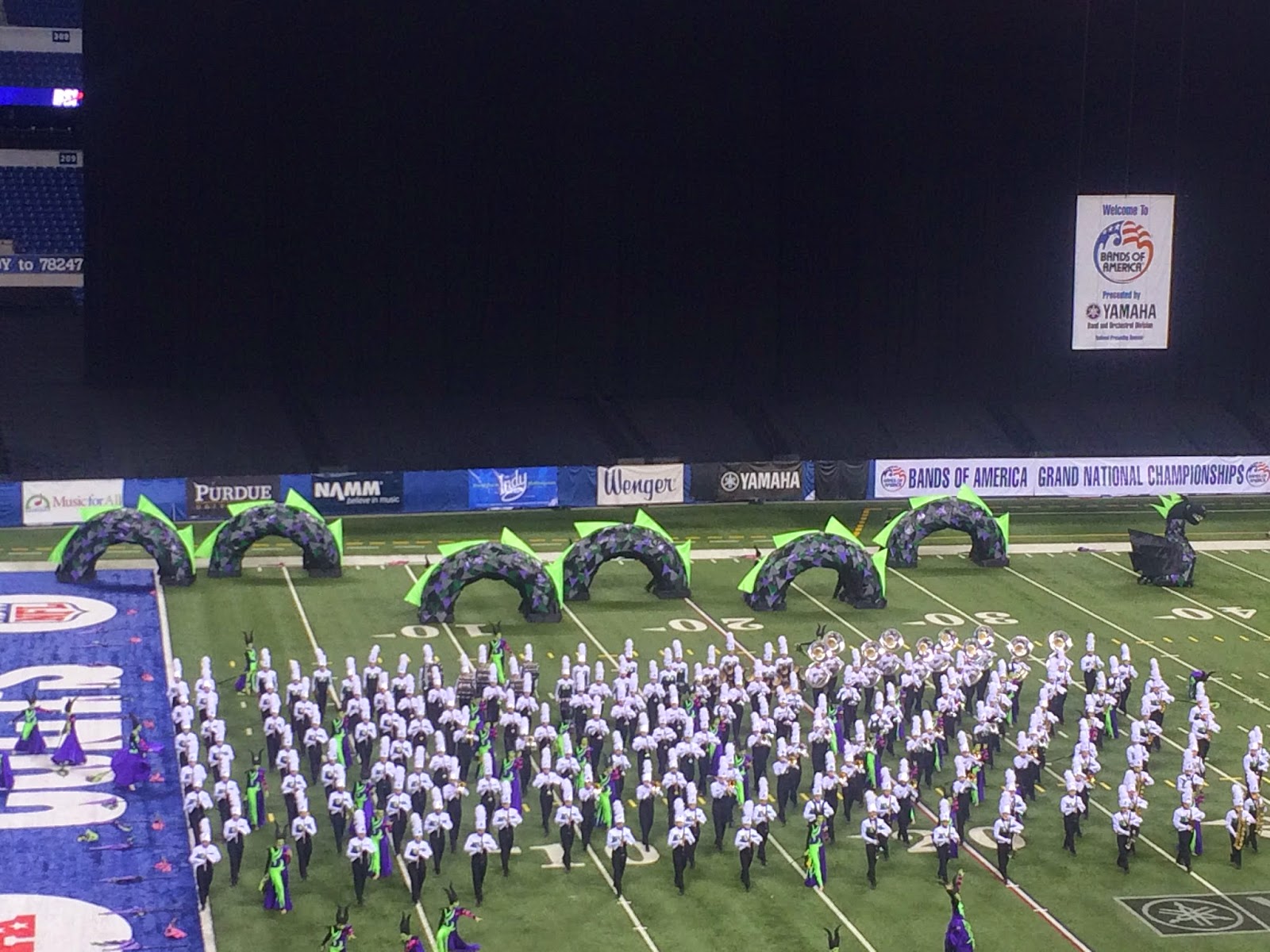 Result of 2014 BOA Championship
1st place:  Tarpon Spring High School from Florida "Man vs Machine"
Note: I think they got 3 awards in a row, you should have seen their mini performance for receiving their award, it was so cute.  I personally guessed they were going to win the finals before it was announced...and I was right:)
2nd place: Broken Arrow High School
Note: The clever ways performers maneuver props was shown in this performance, where a person came out from the mouth of an image.
3rd place: Avon High School
Note: I thought the theme of the moth drawn to the flame was very interesting, I could see the flame all the way up in the stadium so it was beautifully done.

Below are some pictures I took of the performances, if I didn't take a picture of a particular group doesn't mean I didn't like them, I just didn't have a chance or I was so intoned to the performance I forgot about it. 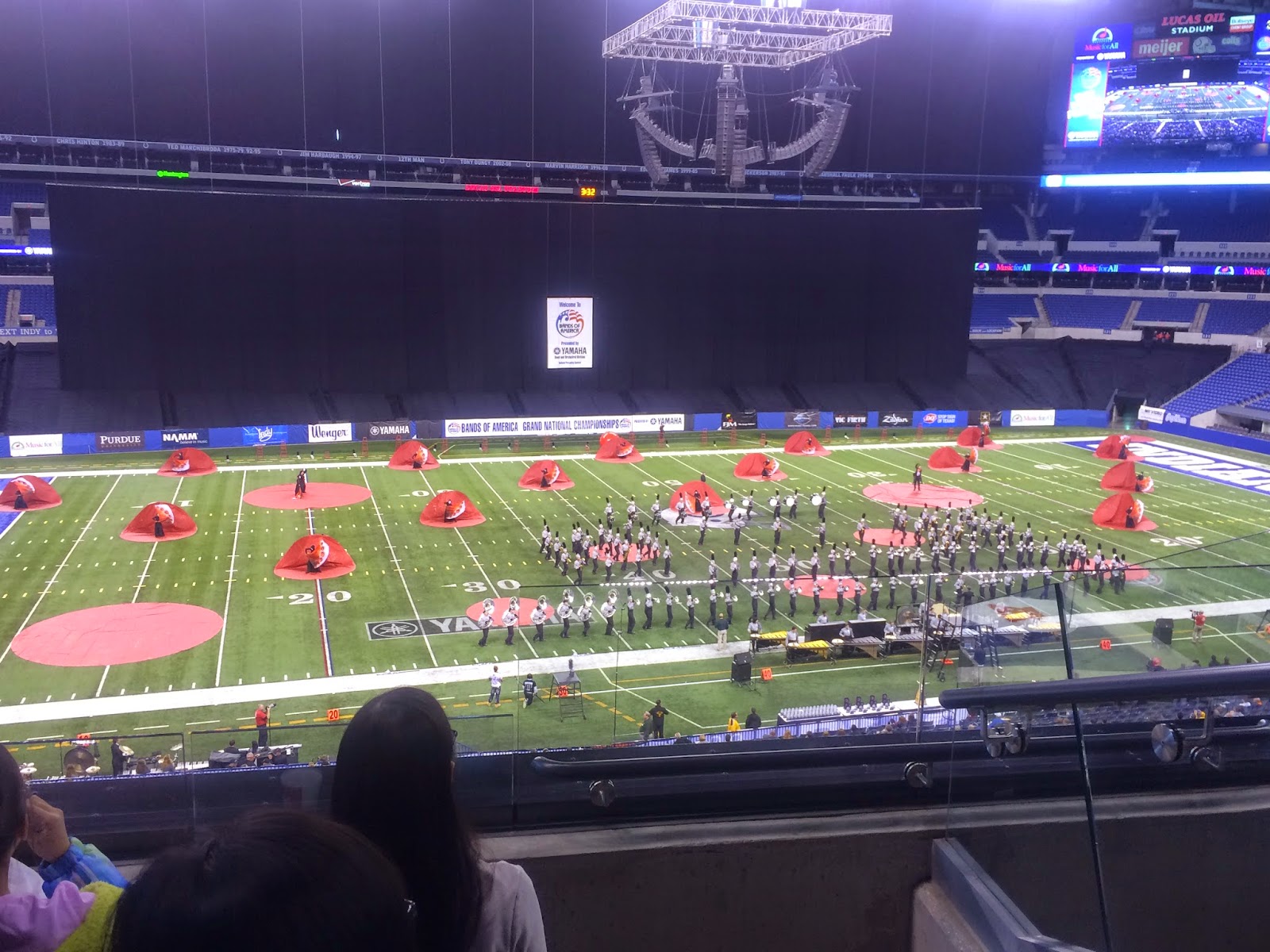 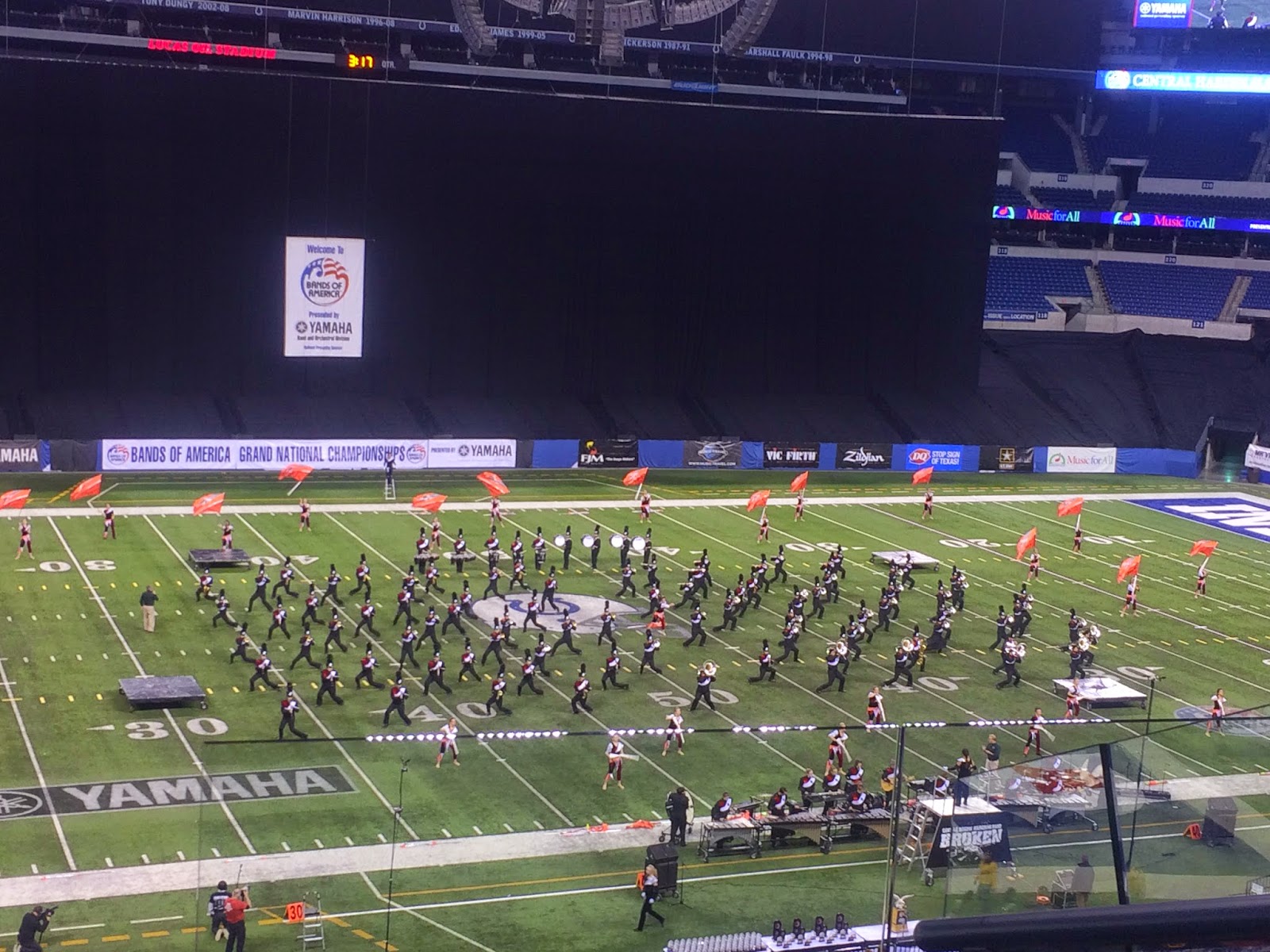 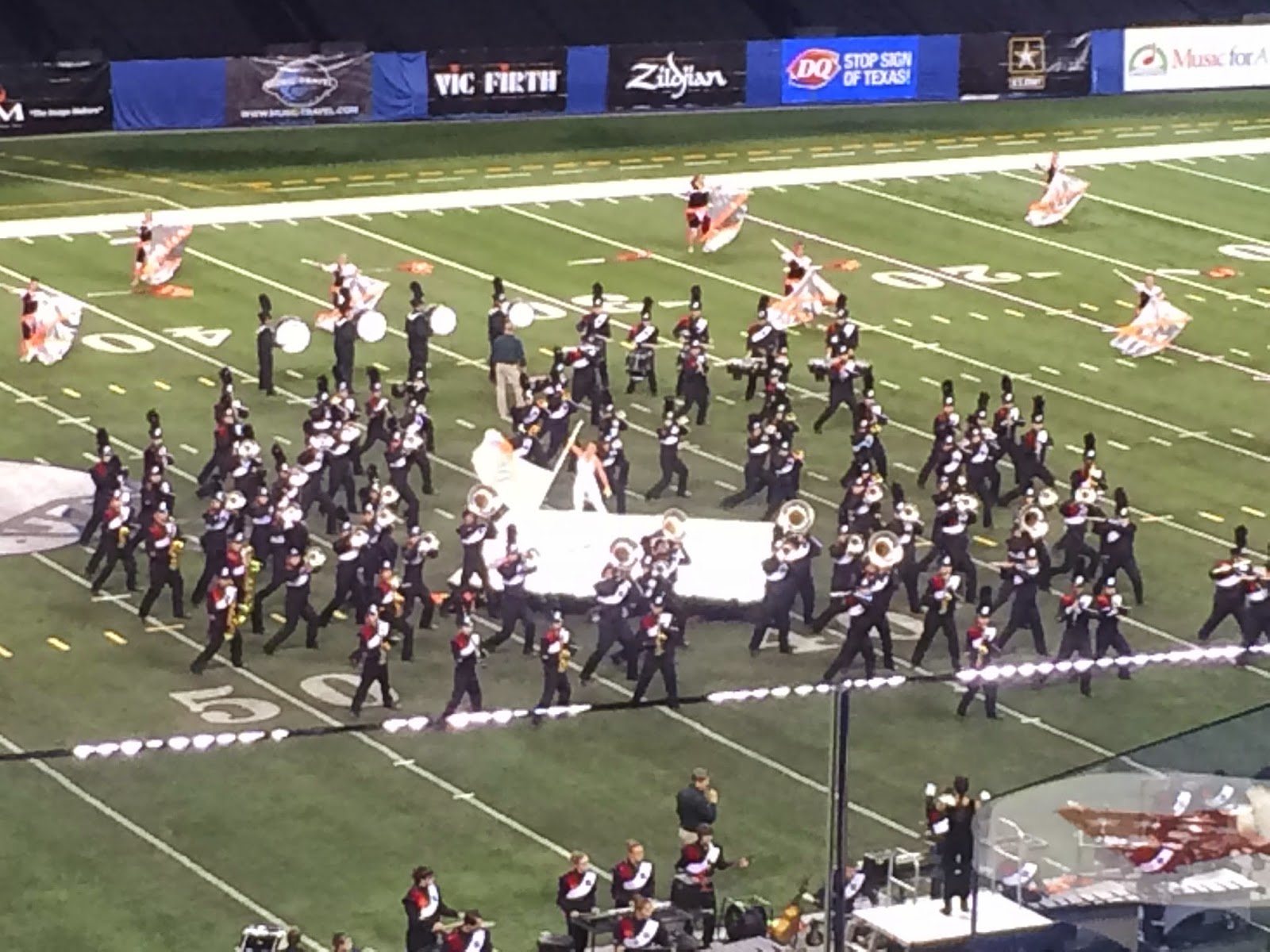 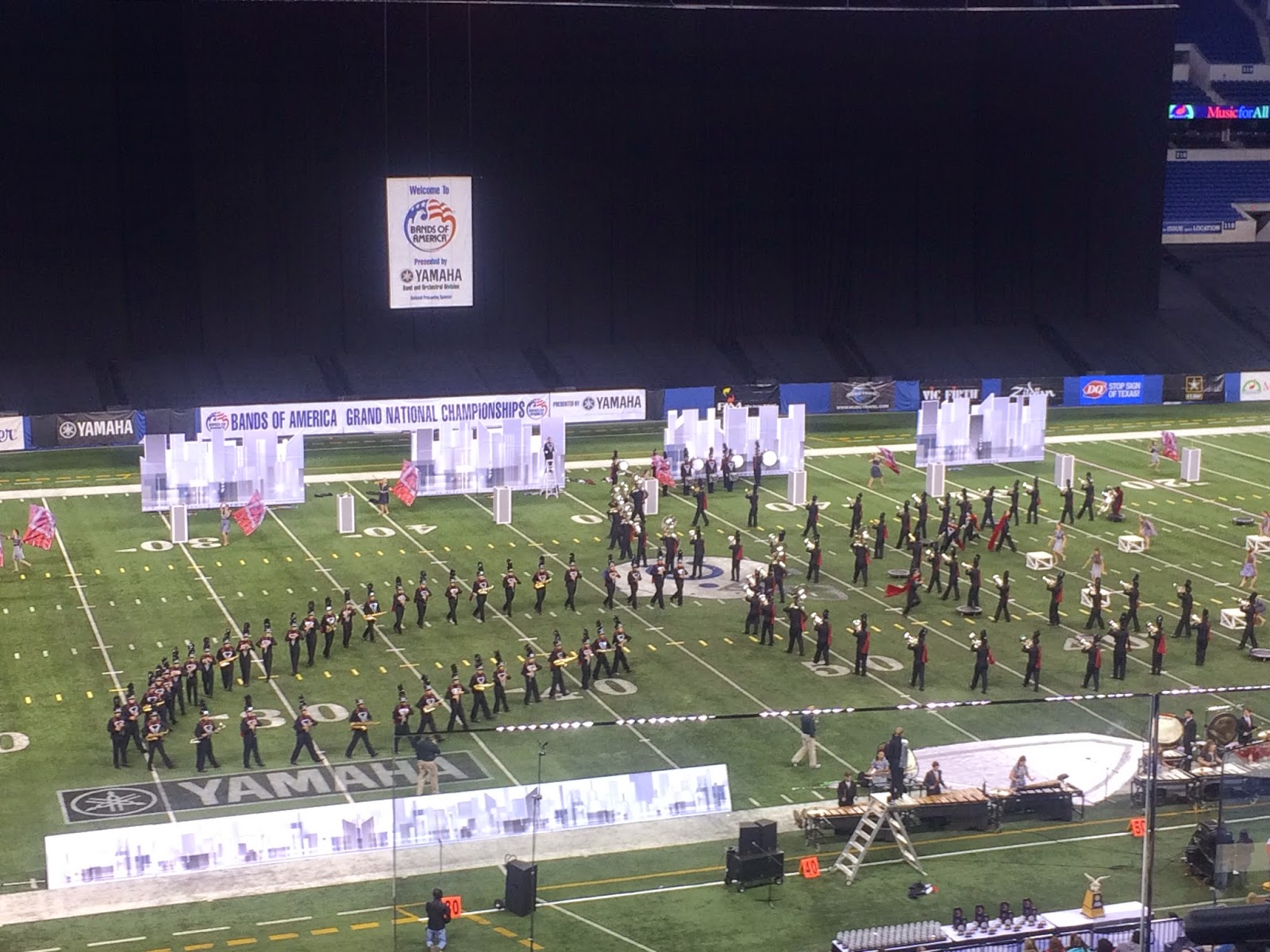 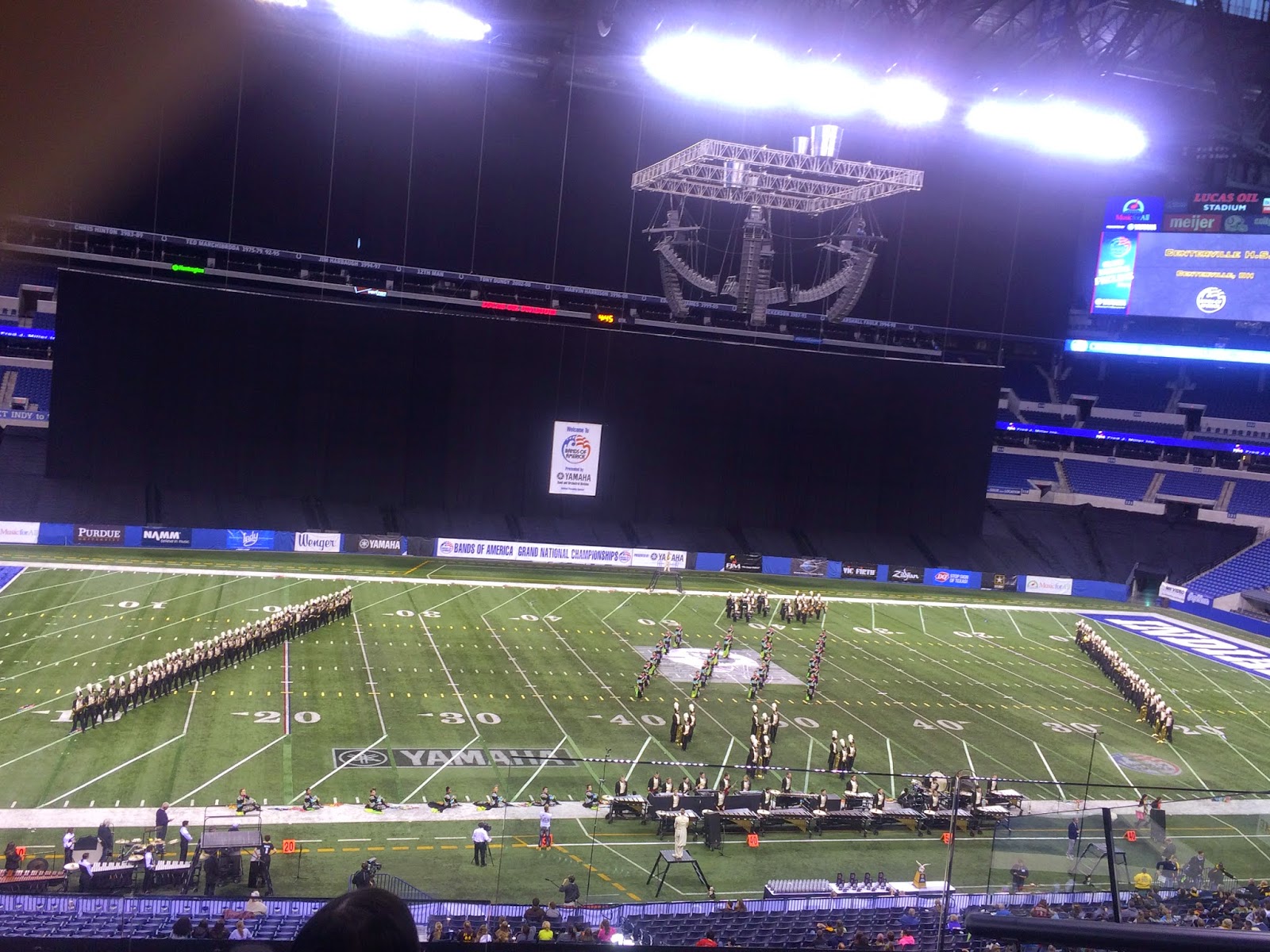 This is a group from Ohio called the Eagle Band from Bellbrook High School "Paris Sketches", I wanted to send a shot out to these guys cause they stayed in a hotel next to me.  They entered into the semi finalist.  Good Job guys! 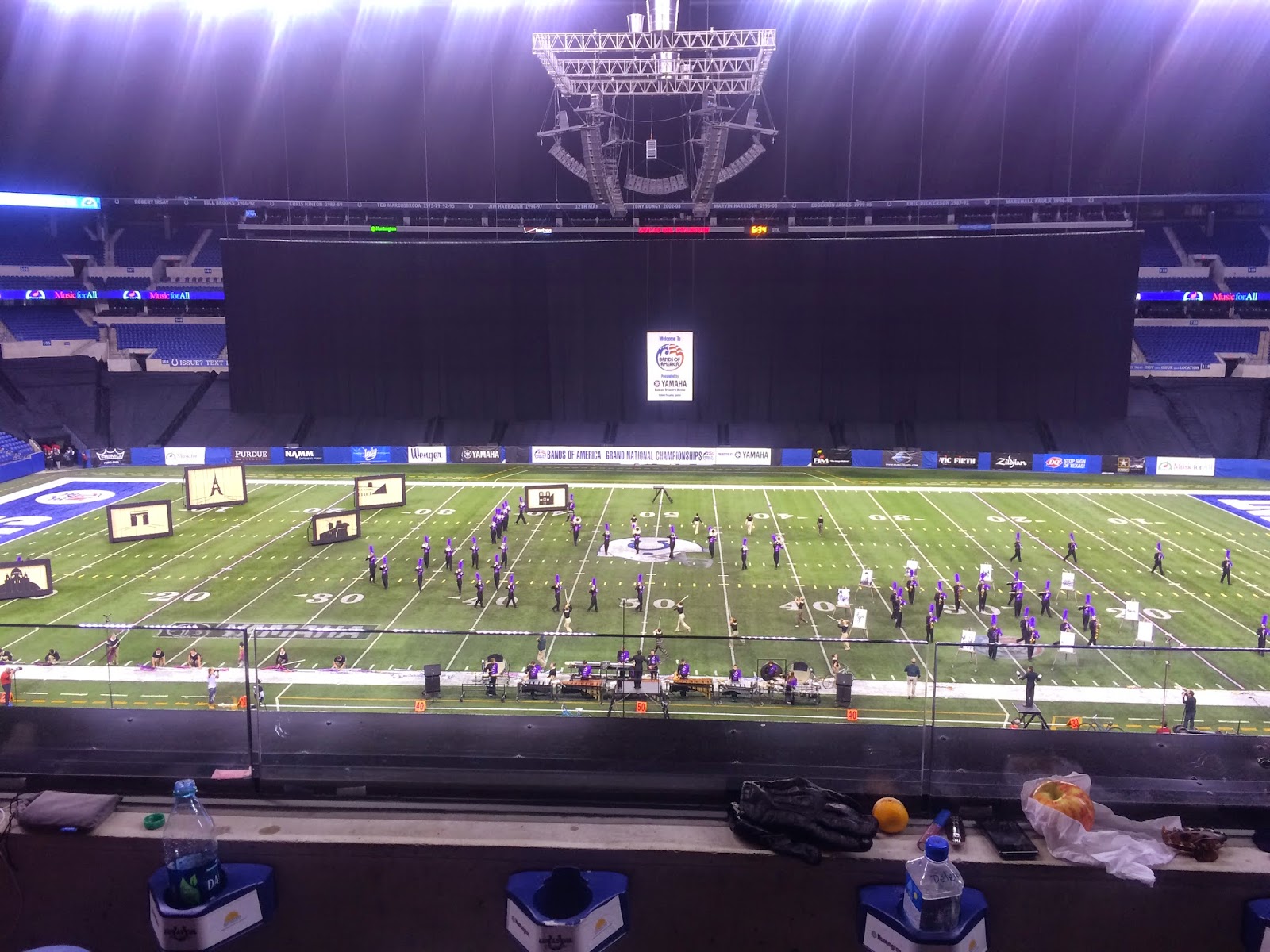 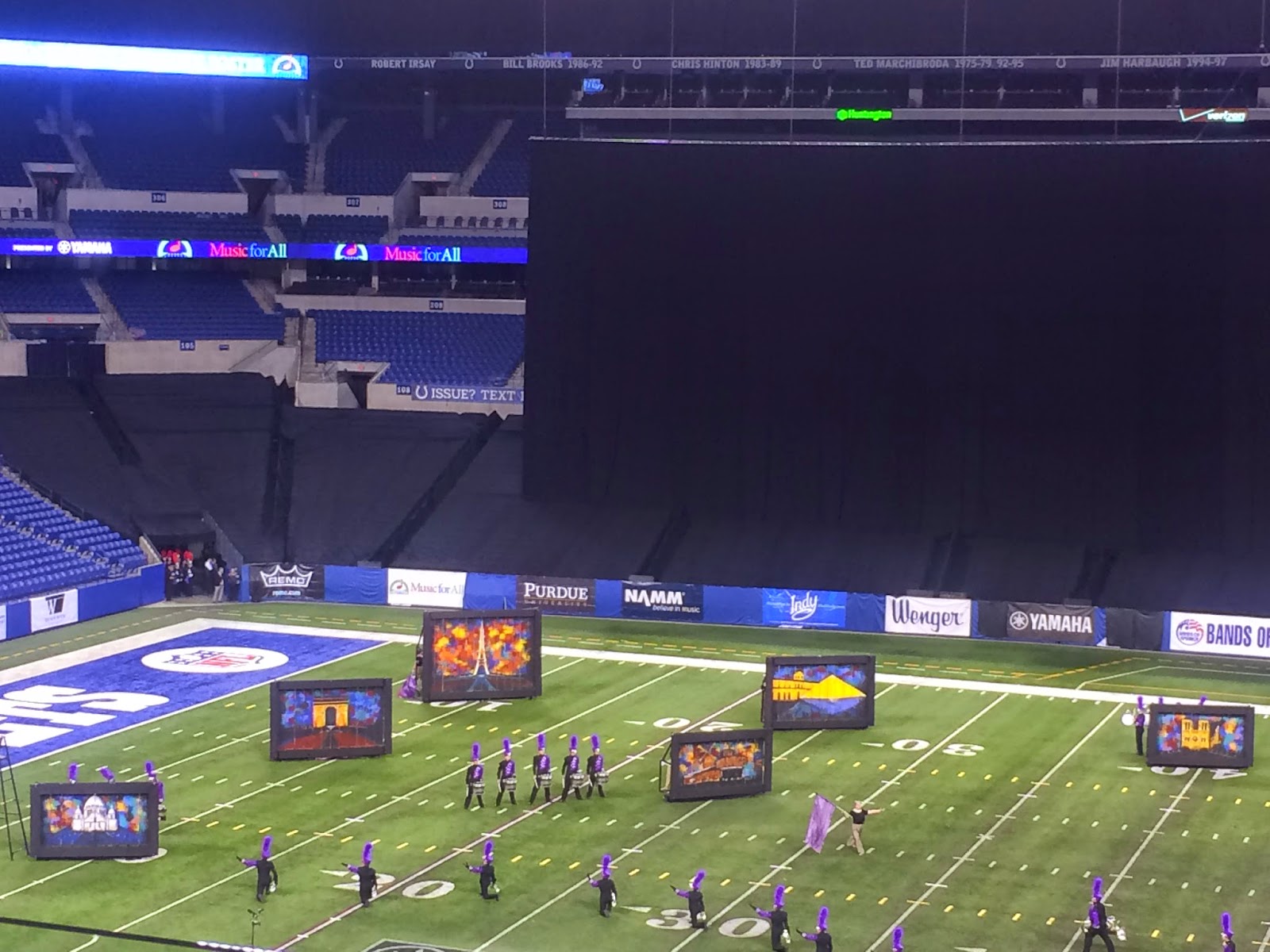 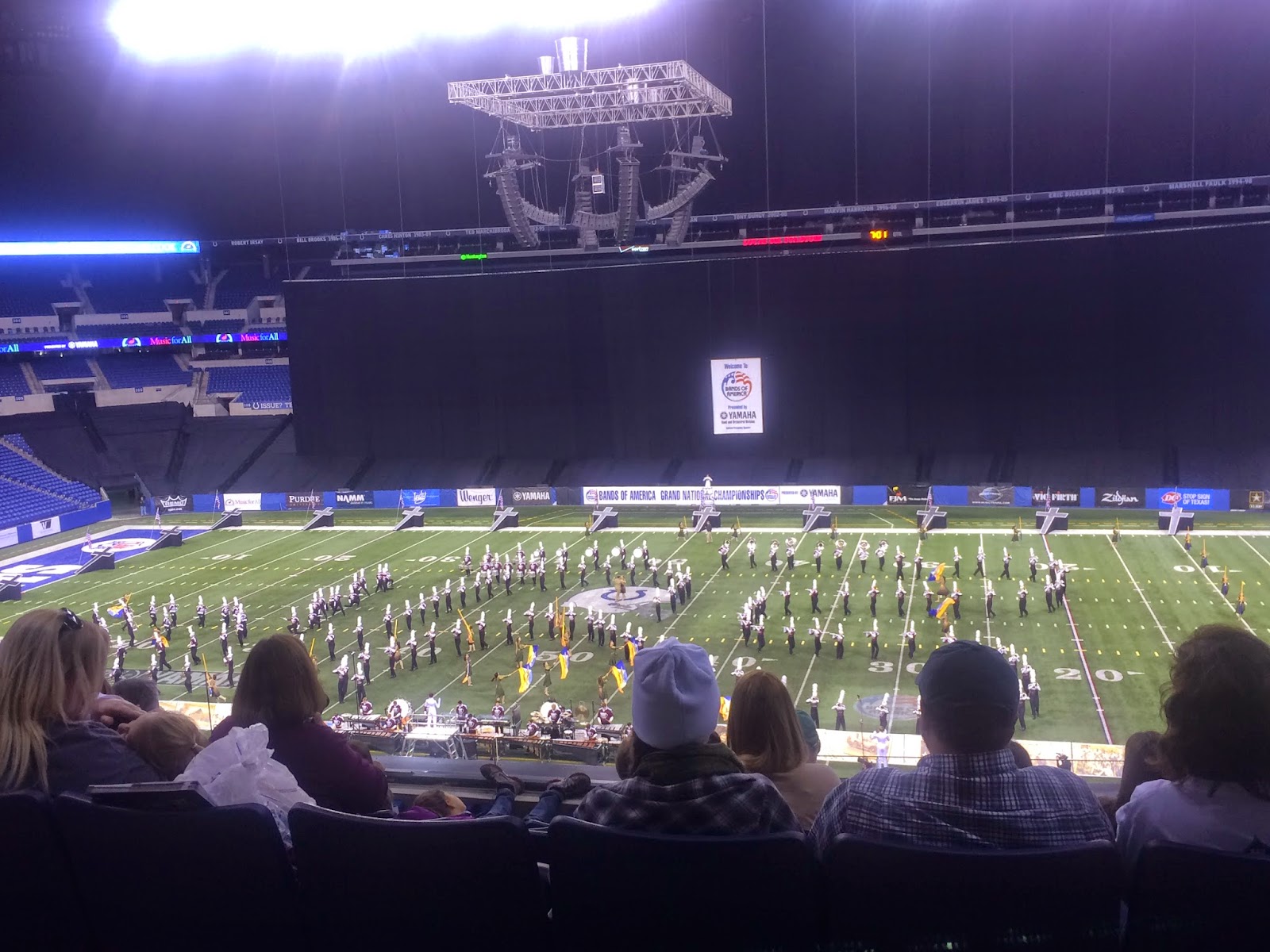 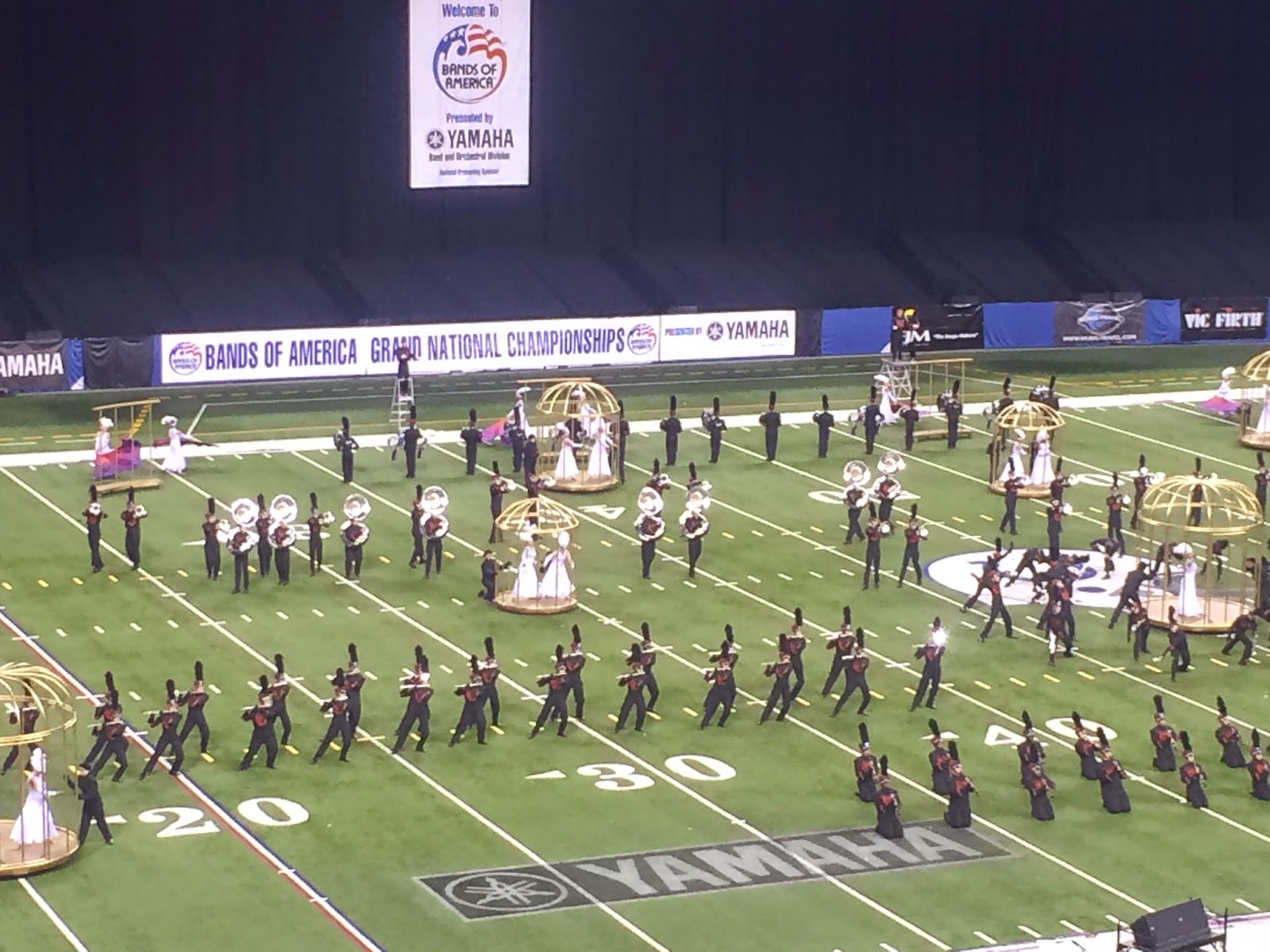 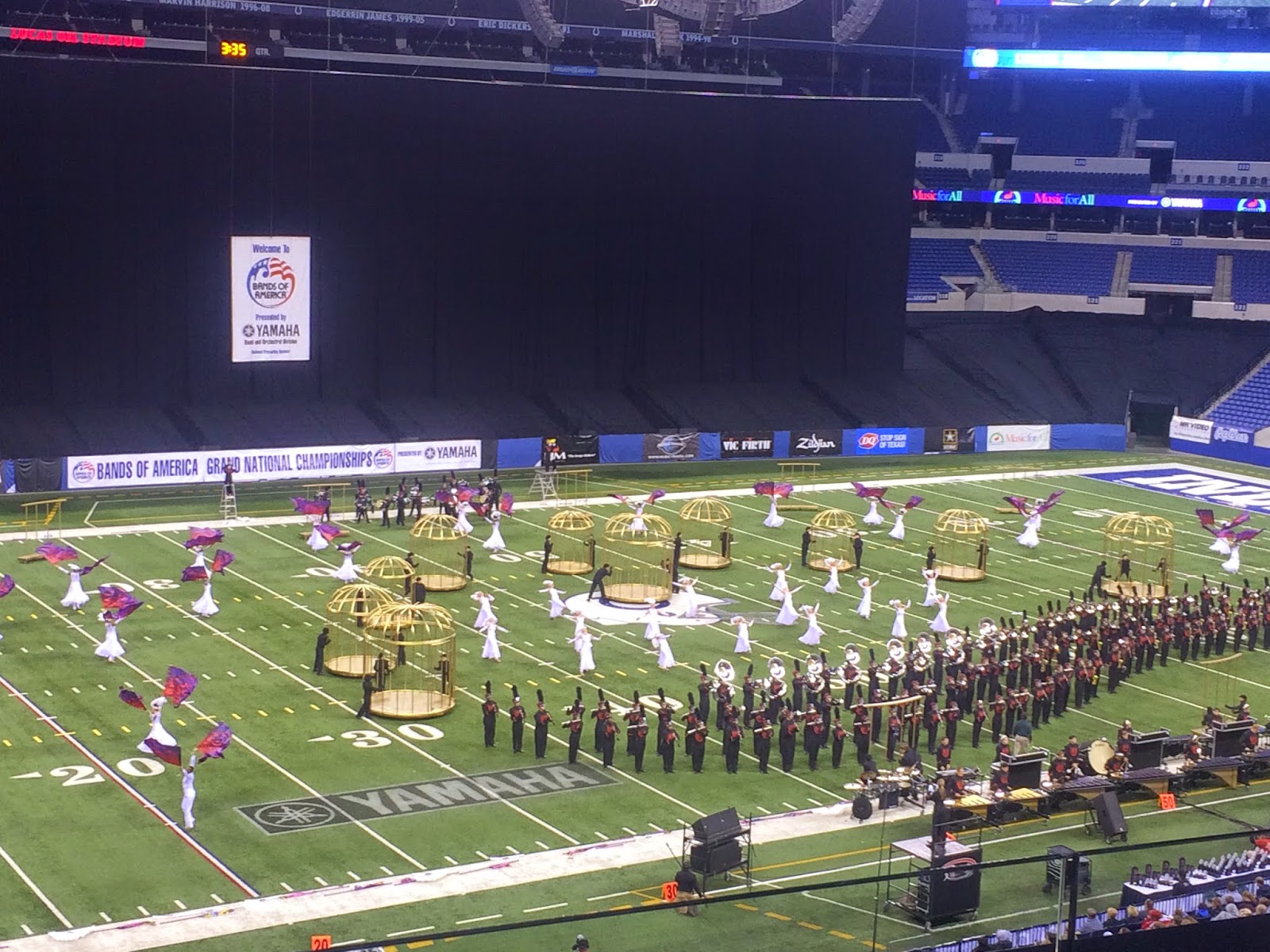 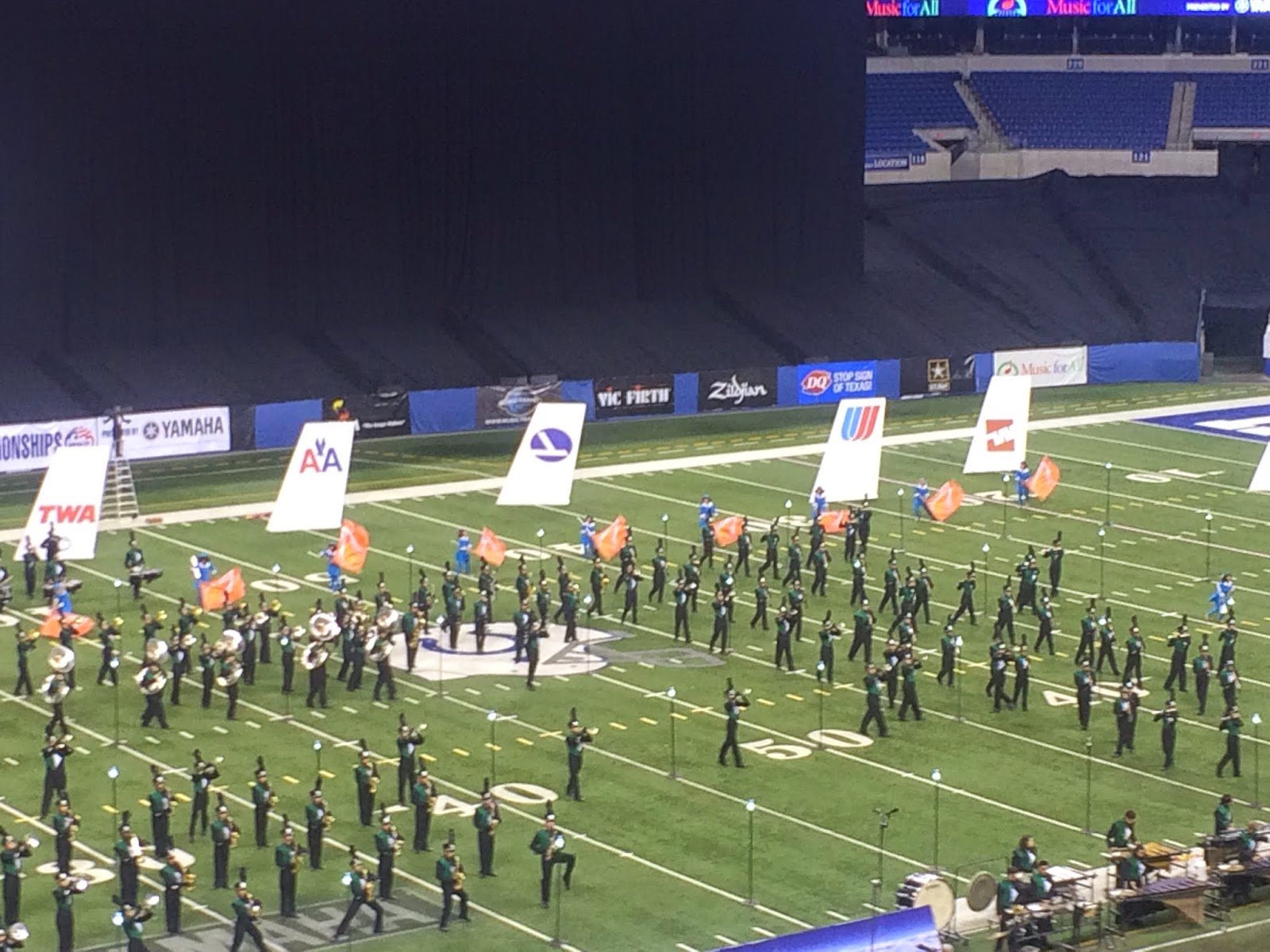 Posted by Jennifer Chan at 11:26 AM No comments: